What Is An Electric Motorcycle?

What Is An Electric Motorcycle?

Electric motorcycles come in various shapes and sizes and are produced by many manufacturers. Regardless of their construction, you still need proper licenses, insurance, and other documents to ride them, just like riding any old motorcycle.

These boundaries may be a bit blurred, but here is a breakdown:

An electric motorcycle is a two-wheeled personal vehicle. Thanks to a powerful engine and a large battery pack, it can reach the highest speed and mileage. Electric motorcycles require a driver’s license, and they can only be ridden on roads, not bicycle lanes or sidewalks.

Electric mopeds (sometimes confusingly called electric scooters) are lower than motorcycles in size, speed, and mileage. They usually have a stepping frame, smaller wheels, and a poorly performing engine. Depending on your jurisdiction and the power of the electric moped, you may not need a motorcycle driver's license to ride it, or even without any license.

Electric scooters are small, deck-equipped vehicles that have become ubiquitous in many cities. Similar to kick bikes, these are ridden standing up. They have small wheels and limited driving range, but on the other hand, they can sometimes be ridden on the sidewalk and are easy to carry.

The electric bicycle adds a battery and an electric motor to the traditional pedal bicycle. Thanks to this, they can reach impressive speeds, but when the battery runs out, they can still be used like regular bicycles. Some models of bicycles look almost identical to traditional bicycles, although they tend to be much heavier.

What are the benefits of owning an electric motorcycle?

There are many reasons why people want to buy electric motorcycles.

First of all, going "green" is important for more and more people. As more and more electricity around the world comes from sustainable energy sources, battery-powered cars can help reduce emissions and keep the air clean.

Gone are the days when only climate-conscious people really cared about electric vehicles. Owning an electric motorcycle has obvious benefits, including some financial benefits.

First, depending on the electricity and fuel prices in your area, using electric motorcycles may be cheaper than ICE motorcycles. It's not just fuel costs-many places offer tax cuts and other incentives for green cars.

Due to its simple structure, the operating cost of an electric motorcycle is lower than that of an ICE. There are fewer components, so fewer things can be damaged or require maintenance and replacement. All you need to worry about is the brake pads and tires.

Electric motorcycles are less noisy than gasoline-powered bicycles, which improves comfort and allows you to ride motorcycles in places where the ICE engine is noisy.

Finally, if the idea of shifting gears on a motorcycle scares you, you will be happy to hear that electric motorcycles do not have any gears, making them easier to ride, even for beginners. 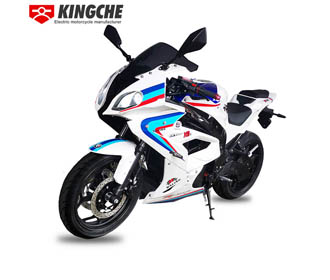